Since 1994 we have been involved in seeking to reach part of the Bimonkpeln, a branch of the Konkomba tribe, in the Koni area of North-east of Ghana, Africa. We were sent to them by WEC Ghana where we could see the Lord’s hands blessing the ministry and over 10 churches were born in our area in the first 5 years. The rapid growth of the church in Koni area is having a tremendous impact on the culture: perplexing and embarrassing the witch doctors, transforming the tribal society according to Gospel standards and causing native evangelists to be thrust out into new areas
The Church hasn’t always been victorious and joyful throughout its journey over the last years. There have been moments of sadness, defeats, problems among the leaders and cases of discipline. Also our errors as missionaries could be seen and we are sure more will become clear in the near future.
However some guidelines were followed during this church planting time that I believe could be helpful.
1- Prayer support
The Lord was so gracious that we could have a very good prayer support from the beginning, especially through some segments of the Brazilian Church. Up to now we have 460 small prayer groups involved in prayer for the Konkomba church in Koni area. Also in WEC Ghana field we could sense that the ministry use to go faster when we were closer praying for each other. Another point to highlight is that E.C.G (Evangelical Church of Ghana) established by WEC in Ghana, is a church of prayer and very often pioneering church planting gets deep attention in the local prayer meetings nationwide.
2- Cultural study
Beforehand there was the need to understand the religious tribal universe. In the Konkomba worldview there is no distinction between religious and non-religious, sacred and secular, spiritual and material or body and soul. The “religious” is present in all of the various expressions of life: work, food, wars, procreation and rest. To be born into Konkomba society means to follow a set of rituals and ceremonies that are part and parcel of tribal life and survival. There are no atheists. Everybody believes in spirits, evil or amoral – since there are no good spirits; in fetishes represented by mountains, trees, rocks or even those made by human hands; in the idols made of wood or stone; in the totems generally represented by various animals; in Satan – “Kininbon” – lord of all the evil spirits; and in the souls of the ancestors that demand respect and sacrifices as a means of avoiding punishment. Parallel to that immense universe of wickedness everyone has already heard something about Uwumbor, an ancient God of by-gone eras and distant dreams who no longer has any relationship with the people. It is said, “Uwumbor no longer wishes to be God among the tribe because of some wicked offence committed by one of our ancestors,” but the story has long since been lost.
Therefore the introduction of the gospel was presented based in three pillars: God (Uwumbor) is stronger than Satan (Kininbon);God was never far and He desires to become known by the tribe, through His son Jesus; The values of God are based on love, mercy and forgiveness, and could fulfil lives.
3- Intentional Church Planting
We believe that no ministry goes beyond its vision, therefore church planting should be an intentional process and not by chance. Goals and strategies should be clear before the work starts. We also believe the general aim should be establish and not just planting a church. That made us to invest most of our time making disciples and having in mind to step out even before the ministry begins.

4- Building a Church Identity
We feel that those first years of consolidation were vital for the establishing of the Christian identity within the Konkomba universe. So in our teaching in the context of “church” we sought to emphasise in general terms that:
 the Church as the community of the redeemed, was brought to birth by God, and belongs to God;
 the Church is not an alienating society; those who have been redeemed by Christ are still men and women, parents, children, farmers and fishermen who breathe the Gospel wherever they may be;
 the Church is not a community in isolation; we are called to be holy in the world and not apart from it;
 the Church is a community without borders, and is therefore missionary;
 the life of the Church, accompanied by the word, is a great witness to the lost world. It is necessary that we preach a gospel that makes sense both in and out of the temple;
 the major mission of the Church is to glorify the name of God;
 the life and thinking of the Church should be centred in the word of God. The word never contradicts itself nor the action of God in the Church.
5- Getting the Church involved in the social work
The digging of wells, opening of tracks, building a clinic and a scholl also improved the quality of life of the tribe, so the church was referred to as an extensive community that demonstrates purpose both inside and outside the church building. However, today the challenge to get all projects self-supported still going on.
6- Involving local lay workers in the “big picture”
To involve local workers in a church planting ministry is a well known missiological advice. Even more important, we believe, is to pass the vision to them. Visionaries have higher motivation than followers.
7- Theological unswears to cultural questions
We could identify some main cultural questions related to the community and from the beginning the church started promoting theological unswears.
Birth
After one year a name is given to a child, following a complex analysis of the events that surrounded the birth. The church began to name the children of Christian parents in a special meeting and the names, culturally acceptable, immediately began to reflect what God was doing among them at the moment the child was being born.
Marriage
Culturally there is no such thing as a marriage ceremony among the Konkombas, and this fits in perfectly with their tribal view of time as cyclic and not linear. The church began to hold wedding services, during which the Lord’s blessing was invoked on the new family according to the same cyclical cultural perspective. The whole process was divided into culturally acceptable parts.
Funeral
To die at a ripe old age, with many children and a large number of people dancing at your funeral is the dream of every Konkomba. In order to preserve this, the church adopted a funeral procedure in which fetish values are not practised, but the cultural core is maintained. Instead of old songs in which fetishes are invoked, occasionally the church composes new ones that glorify the name of the Lord and speak about the reality of life with God after the death of the believer.
Feast of new yams
Straight after the harvesting of the new yams there is a feast with a tremendous demonic emphasis, during which collective demon possession normally occurs, under the leadership of a group of witch doctors from the region. The church suggested that the believers bring their first fruits (yams) so that prayer could be made in a special service to thank the Lord for the harvest and pray for the planting.
Offerings
Before we came, It used to be common practice to give offerings to the witch doctors, healers and magicians (shaman) of the village. So it was not difficult for the believers to accept the idea of giving a tithe to the Lord. They bring their tithes periodically, according to the harvest time or the birth of the animals, in the form of yams, manioc, corn, chickens, pigs and also money.

Conclusion
To contextualize the Gospel is to translate it so that the lordship of Jesus Christ is not an abstract principle or mere doctrine, but the determining factor of life in all its dimensions and the basic criterion in relation to which all the cultural values that form the very substance of human life are evaluated. To do so we may need to observe some criteria of Gospel communication:
1. All Gospel communication should be based beforehand in the biblical principals and not merely be guided by both the giver or receiver culture as we understand that the Bible is both cros-culturally applicable and supra-culturally defined. It is for and above all men.
2. Gospel communication has the aim of seeing the Church built in a new cultural universe: indigeneity. The local church must see itself as the Church of Christ in its local expression. Also the Church must be indigenous in its self-functioning and interacting with each other. It must also have a self-determining capacity.
3. Gospel communication can be na activity done in terms of observing, studding, applying and evaluating the message inside in the cultural frame we are associated. The result of that should be to see the local society coming closer to a Gospel that makes sense in their universe and worshiping a Son of God which speak their language and answer their questions. 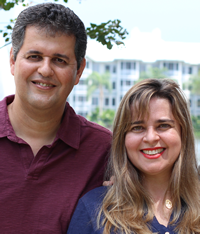